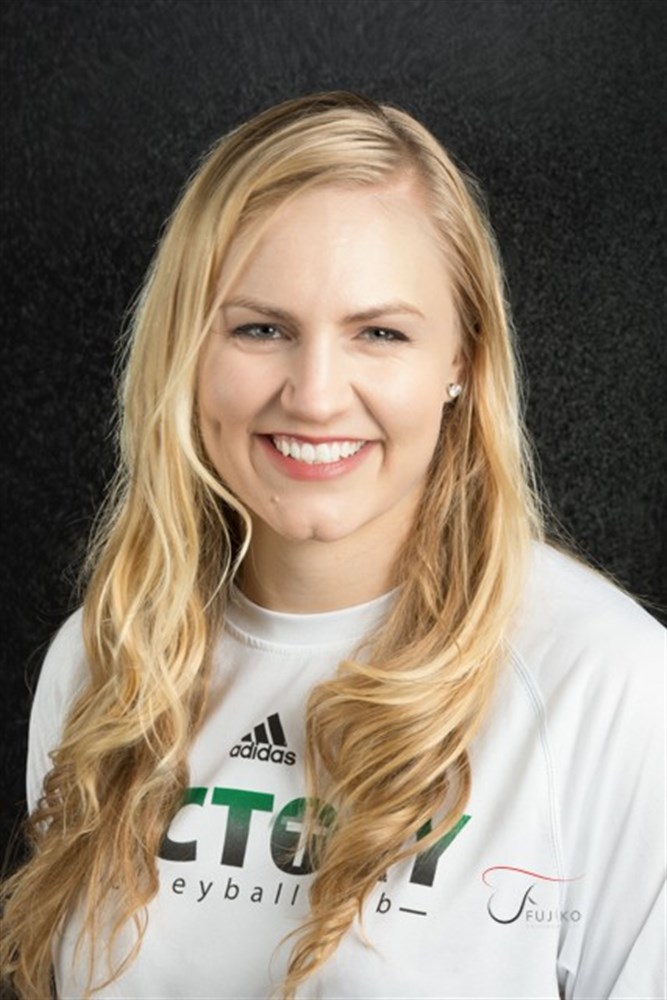 Allie Johnson is excited to be entering her first year of coaching with Victory. Allie is Victory alum and played for Victory’s top teams her 17’s and 18’s years. She graduated high school in 2008 from Dallas Lutheran School as a 4 year Varsity Letterman, earning TAPPS 2nd Team All District honors in 2004, and 1st Team All District Honors in ’06,’07, and ’08. She was also given TAPPS 2nd Team All-State Honors in ’06 and ’07. Allie began her college volleyball career at Arkansas Tech University her freshman season playing right side hitter and transferred to John Brown University to play the following three years as the starting right side hitter in 2009 and starting middle blocker in 2010 and 2011. While at JBU, Allie was awarded Second Team All-Conference in 2010 and First Team All-Conference Honors in 2011. Allie was awarded the volleyball team’s Golden Eagle award for Christian character all three years. Allie was also selected as JBU’s Outstanding Female Athlete and given the athletic department’s Champion of Character award her senior year.

Allie graduated with a degree in Sports Medicine in 2012 from JBU and finished her Doctorate in Physical Therapy in 2015 at UTMB in Galveston. Allie currently works full time as a physical therapist with patients who have had traumatic and acquired brain injuries. Allie loves volleyball and is even more passionate about the gospel and the way Jesus has transformed her life through volleyball.