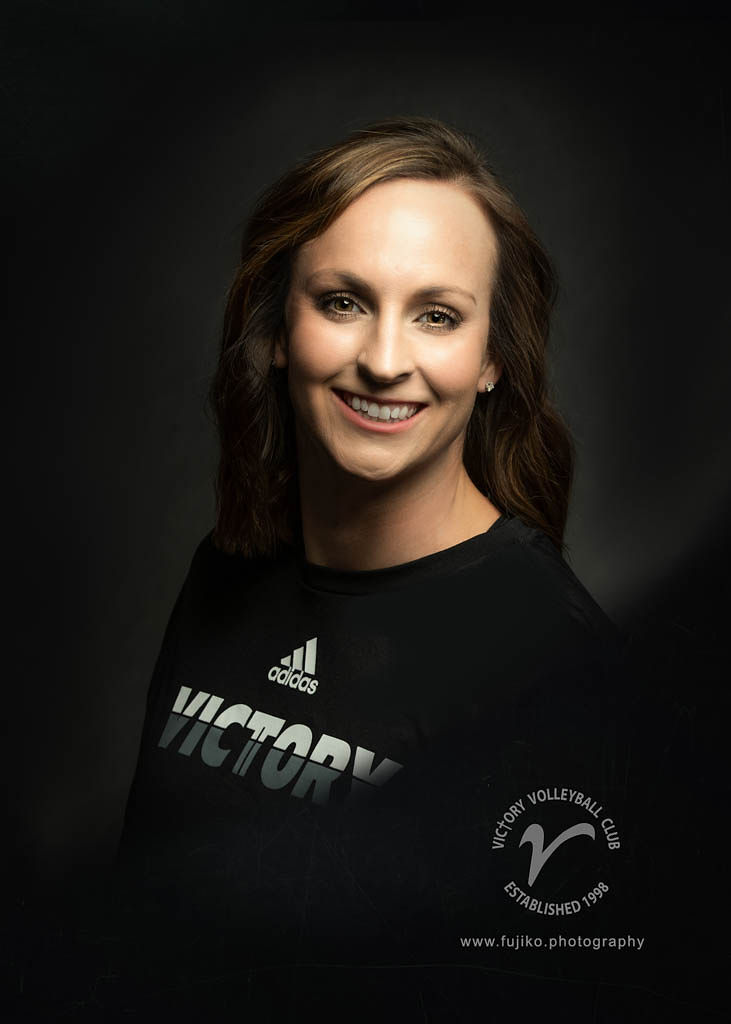 Meredith Ruder is entering her 11th season of coaching club volleyball, and her 9th season with Victory. She has been a head coach for 16s, 15s, and 14s top teams, along with numerous elite camps, including being a lead coach at SMU camp for 6 summers. Meredith is IMPACT certified and has attended Gold Medal Squared training clinics for coaches. This past season, Meredith head coached 15 Black and led them from a ranking of 29th in the region at the beginning of the season to 14th before COVID hit. They took out two of the top 10 teams in the region and would have continued to rise had COVID not occurred.
In 2019, Meredith assisted 17 Elite Black who is ranked 10th in the North Texas Region, finished 2nd at the 2019 Pacific Northwest Qualifier, and qualified for nationals in Indianapolis. In 2017, Meredith assisted 15 Elite Black who was ranked 8th in the North Texas region and finished 1st in USA at the Northern Lights qualifier, securing their bid to Nationals. In 2016, Meredith's 15 Elite Black team double qualified for nationals and received a bid in the Open division, finishing 31st in the nation. Her 14 Elite Black team in 2015 was ranked 6th in the region, finishing 1st place at regionals and having a strong finish at the 2015 Nationals in New Orleans. In 2014, Meredith's team posted some big accomplishments: a 1st place finish at the Big South National Qualifier, a 5th place finish in Open at the Lonestar National Qualifier, 2nd at regionals, gaining the rare accomplishment of "double qualifying" for Nationals, and 2nd place in 14 National at the 2014 Nationals in Minneapolis.

Meredith is a native of Little Rock, Arkansas, where she attended Little Rock Christian Academy. Meredith set numerous records at LRCA for hitting, blocking, and serving, and received the school MVP, district MVP, and All-state awards her junior and senior years. Meredith was invited to play in the state all-star game her senior year and went on to receive both athletic and academic scholarships at Ouachita Baptist University. Meredith played middle blocker at OBU where she received the female scholar athlete of the year award her junior year, and then team MVP and 1st team all-conference awards her senior year.

Meredith currently lives in Murphy, Texas, with her husband John-Michael, her daughter Presley and her son Dalton, and her dogs Tucker and Sadie. She attends Watermark Community Church and serves with 2nd Saturday community service organization (an organization that helps rebuild homes for senior, low-income, disabled homeowners in West Dallas).

Meredith's coaching philosophy combines a true love for the sport with competitiveness, being fundamentally sound, and having a team-focused, "others-centered" perspective. She desires to see her players grow, not only as volleyball players but as positive, selfless young women.

"Do nothing out of selfish ambition or vain conceit, but in humility consider others better than yourselves. Each of you should look not only to your own interests, but also to the interests of others."
-Philippians 2:3-4