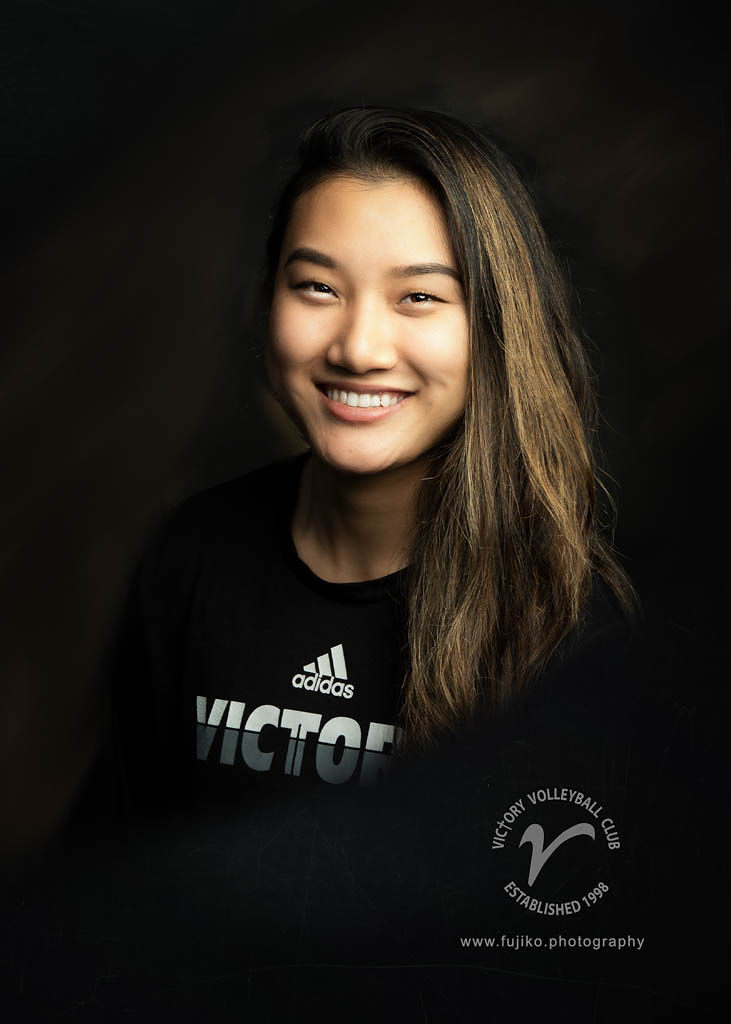 Fayna kicked off her stellar volleyball career at Madfrog Volleyball Club at age 14 after developing an incessant passion for the sport during her childhood. She played a versatile & key role on Madfrog’s top national team as a Setter/DS (sometimes even outside hitter) for 4 consecutive years, where she secured several notable tournament victories (such as the Nike Mid-East Qualifier) under her belt. Her club career couldn’t have ended on a better note after winning the prestigious 2015 USAV 18’s Girls National Championship as starting Libero.

On the highschool court, Fayna led the 6A Plano West High School Volleyball team as Team Captain in the starting setter 5-1 role, while also garnering numerous awards such as 2x All-District First Team and Academic All-State Team. She was also voted the Plano West “Character of the Year” and was awarded the “110% Effort Award” by her teammates, which still motivates her to-this-day to being a good teammate and working hard in whatever she does —even outside of athletics.

Similar to her versatile role in club, Fayna was placed in whatever position her college coaches deemed beneficial to the team as a collective. Immediately kicking off Freshman year as the starting Libero, Fayna helped pave the way for UTD to win their first conference championship since 2009, catalyzing a championship standard for the years following. Fayna played a key role on some of UTD’s most esteemed teams —winning consecutive Conference Championships together and smashing school team records left-and-right. She contributed to this legendary team’s streak as a setter her Sophomore year, outside/right side hitter her Junior year (although cut-short after suffering a season-ending ACL tear), and Setter/DS once again her Red-Shirt Junior year. After suffering another ACL tear her Red-Shirt senior year —this time as a career-ending injury, she shifted gears and transitioned into a student-coach role where she eventually secured her 4th Conference Championship ring.

Appearing in every match during her (non-injured) time at UTD, Fayna has racked up countless awards in her collegiate career such as American Southwest Conference Freshman of the Year, 5x Conference Player of the Week Awards, 4x Academic-All Conference, 2x Second-Team All-ASC and more.

Upon graduation, Fayna officially became the only athlete in all of school history who has secured 4 Conference Championships under her belt.

Although her resume as a coach isn’t extensive yet, Fayna understands the amount of grit and determination it takes to win — not only a national championship at a club level, but also excelling at the next level in college and becoming a leader by example. She is motivated to teach girls in relation to her own experience as a player, while also providing valuable tips and techniques as a coach.  She is passionate about coaching aspiring athletes what “grit” means, creating a championship environment within practice (while keeping it fun and enjoyable), and helping them foster the same level of passion and love for the game that she has.

Fayna was blessed with the opportunity to coach at Victory Volleyball Club, having an absolute BLAST coaching 14 Black with Kayla Parker and 12 Black with Steven Collins in 2018 and 2019 respectively.  Recently scoring a thrilling yet demanding job as a manager of a marketing company, Fayna is currently taking a year off of coaching club volleyball due to scheduling conflicts and time commitment, but eagerly looks forward to coaching next club season!